If you are not clear about the meanings of three squares are when you adjust Pen Pressure, please refer to the following article.

If it is a straight line, like the following image showing, it means that the pressure perceived by the tablet is the same as the output pressure. and this is the default value. 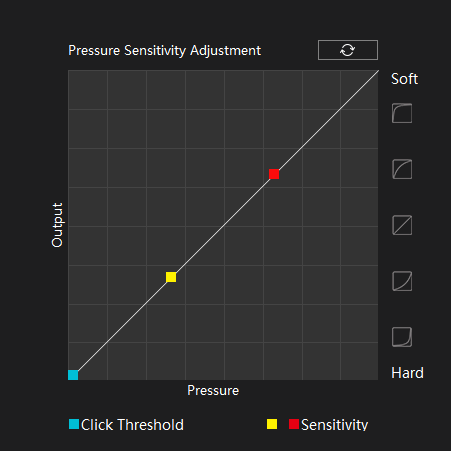 Explanation of each control point(blue, yellow and red squares)

1. The blue one cannot move up and down, only can move left and right. It indicates the initial pressure of first touching the tablet. The more it moves to the right, the higher the pressure required for first drawing